Update, Rhykker comes out with a video debunking this article but then claims it is entirely plausible D4 will be announced this year. I debunk his debunking here:

Diablo 4 might be here. Just below this text you will see the document which may finally bring Diablo 4 into our lives. It looks like Diablo 4: Rapture may finally be announced at this year’s E3 Expo. 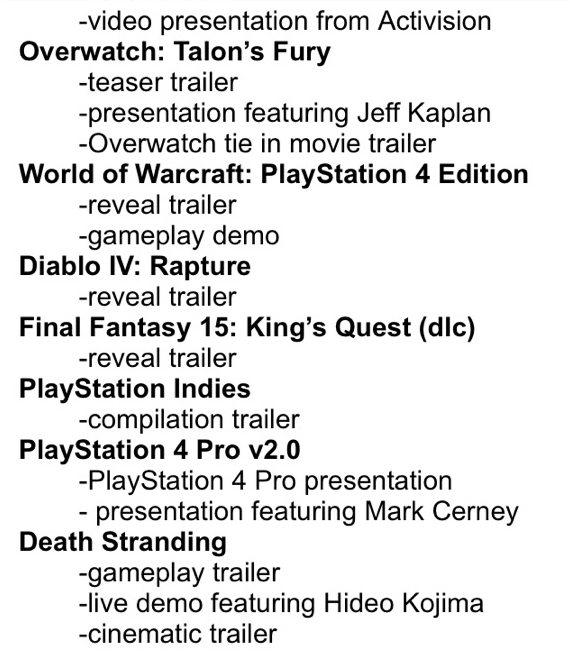 There has been increased speculation about the playstyle/classes/options for Diablo 4 in the past few weeks, especially on places like r/Diablo.

Nobody has doubted that Blizzard will make another Diablo game to add to the franchise, given that it is currently the 4th best selling PC Game of all time with 12 million copies sold.

The only real question has been ‘when?’ .. when can we finally put Diablo 3 behind us? With all of the ups and downs, the bad..and some might argue the good, when will we get to claw our way into the future?

Christopher Merwin, VP of Goldman Sachs, thinks Diablo 4 is coming in 2019, and his prediction may be right on the money. He expects 15 million units to be sold.

What do you guys think? Are we about to go deeper into the depths of hell?

I hope Blizzard goes back to their roots, and really analyzes the differences that made Diablo 1 and 2 great. Without a doubt, they need to try and capture that dark, gritty feel that was sorely lacking from Diablo 3. Get rid of the lasers, we’re not at Disneyland!

I don’t know about you guys, but this little guy on the right gave me way more of a scare than any of the Diablo 3 content ever came close to.

If Diablo 4 is coming, please Blizzard, make it great. Oh and bring back David Brevik while you’re at it.

You can discuss this on the reddit thread in r/diablo here.